The Power behind the Power Lunch 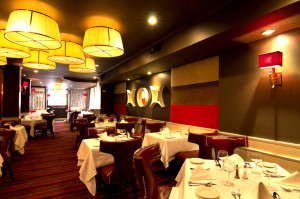 When Alexandra Yacovlef, my Partner, and I transitioned from being International Sales Agents to Producer/Manager and Consultants, we had no idea that the Star Treatment we were being given by Studio Executives and Studio Producers and Agents, with the Power Lunches and Dinners and Red Carpet invites, would be soon more infrequent.

Alexandra and I were always associated as those who were representing “the money” , meaning the international distributors, that everyone wanted to get to know, but now we found ourselves having to make calls to introduce the work of an often unknown writer or film maker or present a small independent project we had chosen to shepherd and explain ourselves and the work. It was us who needed them not the other way around.

One day I read an article in the Hollywood Reporter about Brian Grazer and how he made it his mission to get to know at least one new Industry person that would help his career a week, and he did it with a very smart strategy. He invited anyone he was interested in to lunch. And picked up the tab.

Did it take multiple calls to accomplish the task? I am sure it did, especially early on. But what Brian Grazer had, was an incessant thirst for first hand knowledge he could gain from those who succeeded before him and his genuine interest in people.

We followed his example, and being insistent yet graceful when we extended the invitations, we were blessed to meet many successful film makers, Producers, Studio heads, and while sharing a relaxed meal, they were happy to give us inside information over what was working in Hollywood and what was not, many were more open to read the scripts and give honest feedback, and they did it faster.

In a Hollywood where everyone suffers from ADD, if you are tired of spending hundreds of dollars going to Pitch Markets and Screenwriter conferences, being treated like cattle, only to have 3 minutes to present your script to a tired Executive, consider the Power behind the Power Lunch. And if you can’t afford Lunch, set up a time to a gourmet coffee meeting with an Executive, even if you have to be booked for it months down the road. If you live outside of LA, schedule a trip, and make it a week of dining experiences with interesting people who can help you in your quest, even a sharp Assistant. Todays’ Assistant may be running a Studio one day. But our biggest advice to you, should you choose to try this: be really interested and humble. Don’t pitch to see what sticks to the wall. Ask for advice. Bring up a movie they were involved in and ask to be told the personal story behind it. I promise you that they will read your script much faster, if they request it. And they will remember you and the time you took to get to know them as humans.