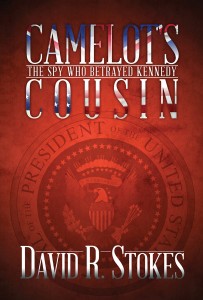 Camelot’s Cousin is a   thriller set against the backdrop of the Cuban Missile Crisis and other famous events during the Kennedy administration. The discovery of a long-buried journal indicates that one of President Kennedy’s most trusted friends was actually a Soviet mole. Templeton Davis, a scholar and media personality becomes lost in an investigation and travels far and wide in his quest to unravel one of the 20th century’s greatest mysteries.

OTHER WORKS BY DAVID R. STOKES