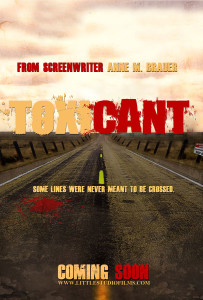 When the daughter of veteran Arizona investigative reporter Larry Turner falls violently ill from a mysterious neurotoxin, he does what he does best: investigate. He uncovers the skeletal (but still deadly) remains of a government scheme to create a deadly military poison for which there is no cure…