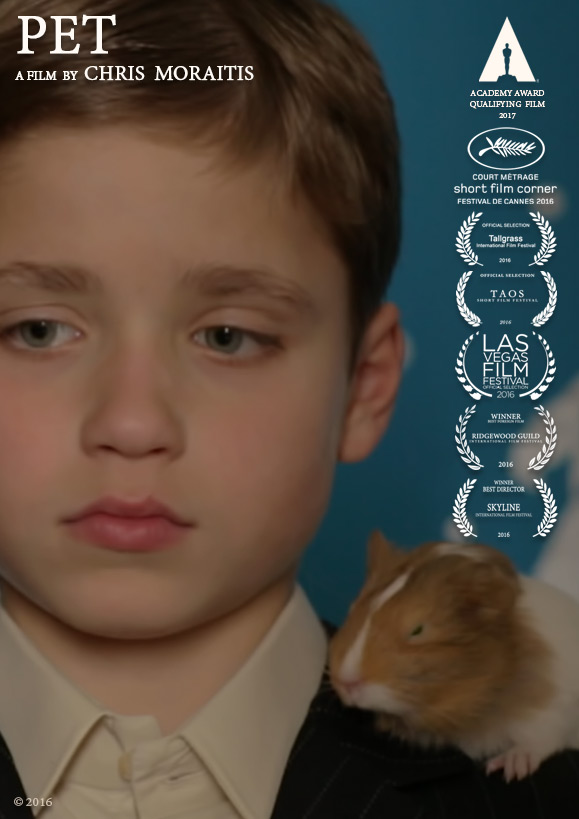 PET is a short film about childhood and the time you have to leave behind your innocence in order to survive.
Chris Moraitis (the alias for Christos Liakouris) was born in Athens, Greece in 1983. He holds a diploma in Applied Math and Physical Sciences from National Technical University of Athens and a diploma in Film Directing from Stavrakos Film Academy. Since 2008 he has been working as a director and screenwriter in film, theater, and advertising. PET, his latest short film has 52 Official Selections at International Film Festivals (with 38 being in USA) with 20 nominations and 6 awards. PET is also the first Greek short film which was an Oscar Qualifying film. .