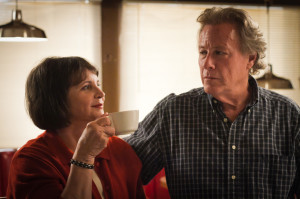 “Stealing Roses,” a film right out of the health coverage debacle headlines from writer/director Megan Clare Johnson, produced by Johnson and Little Studio Films, will be in official competition at the NOHO Film Festival, April 10-13, 2014 just prior to its wide US DVD release.

PRLog (Press Release) – Apr. 3, 2014 – LOS ANGELES, Calif. — “Stealing Roses,” a new comedy with heart from writer/director Megan Clare Johnson,  produced by Johnson and Yacovlef and Melocchi’s Little Studio Films  will be in official competition at the NOHO Film Festival, April 10-13, 2014 just prior to its US DVD release on April 22, 2014.

Described as a “story of love and economic uncertainty…

with a comic twist”, Johnson’s original screenplay for “Stealing Roses” was a finalist at the Austin Film Festival screenwriting contest. Johnson, a former post-production editor and health care consultant, says her film couldn’t be more topical in light of the current political climate surrounding Obamacare, although she didn’t write it with provocative intent.“I wrote the script seven years ago, so I don’t know if I had controversy in mind, and couldn’t predict that we would have the political/social climate we have right now, but the topic is close to my heart,” recalls Johnson. “I personally am appalled that we have 46 million Americans without healthcare coverage and I began thinking what choices would a person make at the age of my lead character Walter – 61 years old – to save their life partner?”

Co-producer Alexia Melocchi of Little Studio Films  was attracted to the script not only for its content but also for its realistic yet seldom-seen portrait of an older couple who are still very much in love. “We don’t really see lasting relationships in movies today,” she laments. “The love between Walter and Rose is part of what drew me to the film. It’s a very intimate story and it’s a different perspective on love than what’s largely seen on screen today.”

“Stealing Roses” has international distribution representation by  Worldwide Film Entertainment and is already released in several other countries, including Australia.

The film will screen on Saturday April 12, at 8 PM. Megan Clare Johnson and her producer, Alexia Melocchi  and selected cast members will be in attendance and will participate in an audience Q&A immediately following the screening.