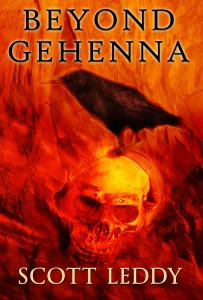 Beyond Gehenna is divided into two volumes: Tour of Duty and The Devil’s Lair. Attempting to escape his troubled past and his horrific nightmares, Elgin Thomas flounders deep in the heart of Vietnam’s central highland district. Soon exposed to a corrupt and immoral society–a society consumed with chaos and injustice, where the laws of man are subjective and God has turned a deaf ear–the war, for him, takes a heavy toll. While on a clandestine mission, Elgin is confronted by the dreaded Khmer Rouge, in Cambodia’s deadly killing fields. Faced with his own mortality and questioning his faith, he must make a choice: abandon his mission and flee or stay and fight. It isn’t until he is fatally wounded that a bad situation turns into the unthinkable. Beyond Gehenna: Tour of Duty is volume one of a two part series, which grabs the reader’s attention from the very beginning, presenting a bone-chilling depiction of the realities of war and a horrifying glimpse into the afterlife.